Who's Coming to UNT

The following trombonists have indicated their intentions to join the UNT trombone studio for Fall 2012:

Welcome to all of you!Hausback Appointed Assistant Professor of Trombone at Missouri State University 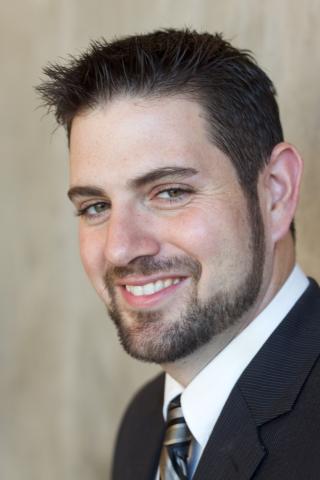 Jason Hausback, a doctoral student in the UNT trombone studio, recently accepted the Assistant Professor of Trombone position at Missouri State University (Springfield, MO).  There his duties will include running the trombone studio, directing one of the jazz ensembles, and teaching other courses as needed.

Jason was a teaching fellow in the trombone studio at UNT for two years, and currently serves the same role in the Jazz Studies department.  He has also been the adjunct instructor at Eastfield College (Mesquite, TX) and Brookhaven College (Farmer's Branch, TX).

Jason is very excited to begin his new job at MSU, but will miss the faculty, students and wonderful experiences he has had during his time at UNT 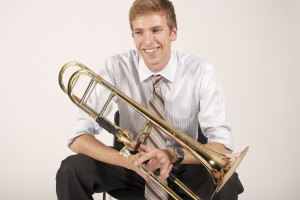 On Tuesday, April 24th, UNT graduate student Evan Sankey had the honor of performing with the San Jacinto College Central Brass Band, under the direction of UNT alumna Dr. Karen Marsten.  He performed Arthur Pryor's Love's Enchantment at the college, which is in the Houston area.

He also performed the solo with UNT's 6pm Trombone Choir on their most recent concert, and will be featured once more as a finalist in the Larry Wiehe competition at the 2012 International Trombone Festival in Paris, France.  Congrats Evan, and best of luck in Paris 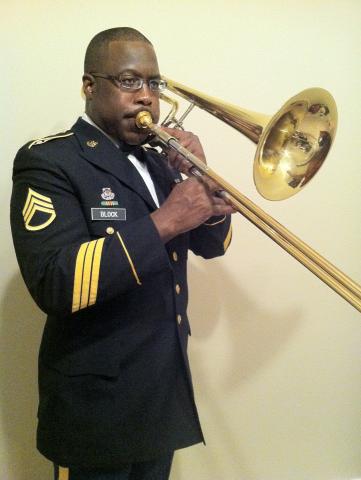 Tyrone serves in the U.S. Army as a Staff Sergeant in the 106th Army Band located in Little Rock, Arkansas where he is the director of the Rock Group 106 and Groove. While serving in the 106th Army Band he received numerous awards including Honor Graduate from the Army School of Music, Distinguished Leadership Award, and many coins of excellence from Mayors, Generals, and Colonels. Previously Tyrone served in the U.S. Navy as a member of the Atlantic Fleet Band. His teachers include Vern Kagarice, Tony Baker, Jan Kagarice, and Marty Reynolds.

Tyrone, a native of Dumas, Arkansas, completed a Bachelor’s degree from University of Arkansas–Monticello, and a Master’s degree from the University of North Texas. He is currently near completion of his DMA degree from UNT. He is also the Instrumental Coordinator at Southwestern Assemblies of God University in Waxahachie, Texas, where he directs the Concert Band, Pep Band, and Jazz Ensemble

Several UNT students submitted tapes for the 2012 ITA Competition.  Finalists will perform a live recital at the festival, which will take place July 4-7 in Paris, France.  These students are finalists in the competition or received an honorable mention:

Congrats to all of these students on their fine achievements, and good luck to Evan and Freddy in Paris

Surprise Visitor From the Past 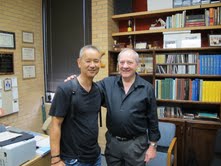 Last week a strange but somewhat familiar face knocked on Vern Kagarice's office door to say hello. It was Curtis Abe, a jazz/music education major who graduated from NTSU in 1985.  It was a distinct pleasure to see him again, although his visit was much too brief.
Curtis is the jazz band teacher at the Iolani School in Honolulu, Hawaii since his graduation many years ago

On February 29, 2012, alumnus and trombonist Victor Barranco and members of the U.S. Army Blues visited the UNT School of Music. Victor was a teaching fellow while at UNT and had completed his Masters Degree in 2008. Victor would go on to start his DMA degree at UNT before a string of successful events would occur. Within his first semester as a DMA student, an opportunity arose for Victor to travel with the popular musical, Fiddler on the Roof. Not long after, Victor would be invited to audition for the U.S.Army Blues and ultimately win the position.

While visiting UNT this past week, students had the opportunity to ask Victor and the rest of the group questions about the daily life of a service band member in Washington D.C. The jazz combo, which was made up of a trumpet, sax, trombone and rhythm section played a concert at the Syndicate.  They played most of their own compositions and during their second set invited current UNT jazz studies majors to come up on stage and play along with them 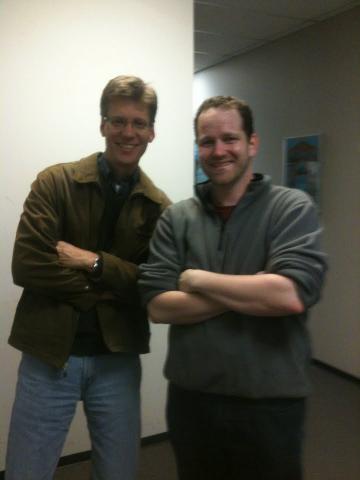 (From L to R: Thomas Hulten, principal trombonist, and Mark)

TF Mark Holley, a DMA candidate at UNT for instrumental performance, won the 2nd trombone audition for the Houston Grand Opera on Monday, February 13, 2012.  After the audition, the opera orchestra’s artistic and musical director, Patrick Summers, asked Mark if he could start right away playing in Verdi’s Don Carlo in April.

Mark has been a teaching fellow for the trombone studio since January 2011 and plays in the Bell Street Four trombone quartet.  Outside of North Texas he has actively been teaching private lessons at nearby schools.

James Kazik received his MM in Trombone performance at UNT in 2000, and since 2001, he has been a staff arranger at one of the premiere Washington DC service bands since 2001.  As an arranger and orchestrator, his arrangements have been performed not only by all of the various elements of "Pershing's Own", but also by various groups to include the National Symphony Orchestra, and recorded by Joseph Alessi and the Juiliard Trombone Choir, as heard on Alessi's recording Return to Sorrento.  He is also a staff writer for Hal Leonard Corp. in their string department, writing pop arrangements and compositions for easy string ensembles.  As a composer, his works, particularly those for trombone, continue to win acclaim both in the U.S. and abroad. He is currently composer-in-residence for the Washington Metropolitan Philharmonic in Washington D.C. 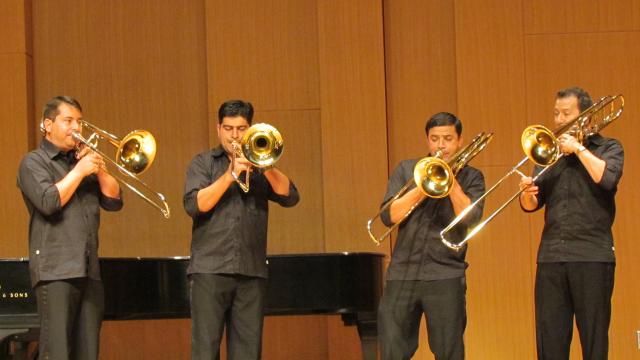 Trombones de Costa Rica came to UNT on Thursday, February 2nd, as part of  their Texas Tour. They presented a masterclass where they spoke about their careers and answered questions. A graduate quartet (Eric Andress, Evan Sankey, Greg Moose, and Isaac Washam) played for them and were then coached extensively. TCR also performed a number of pieces, and the applause prompted multiple encores!

Having regrouped only three days prior to play the tour, the group decided to come at the last minute. The event was made possible thanks to
Trombones at North Texas and Edwards Trombones, Inc. 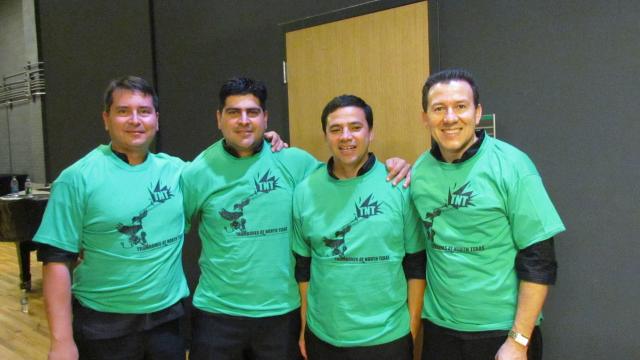