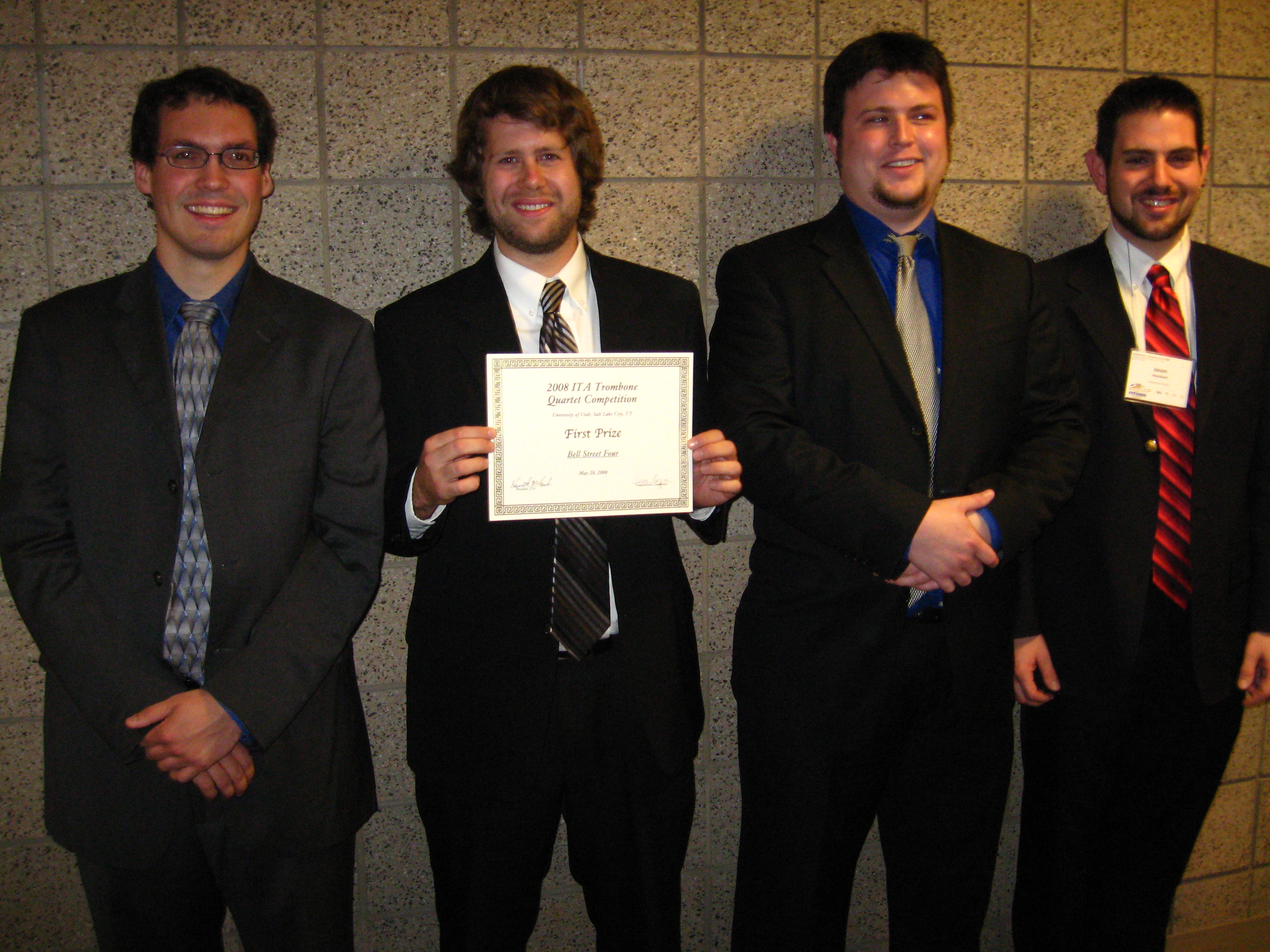 For the second year in a row, a trombone quartet from UNT has won the ITA Trombone Quartet Competition. This time it was the Bell Street Four—Mark Scott, Bill Haugeberg, Sean Nelson and Jason Hausback. Their outstanding rendition of the Plog Quartet No. 1, followed by a world premiere performance of a new trombone quartet, Spring Lightning, by Mark Scott helped them win the first prize.

Jeremy Wilson has been confirmed as a full member of the Vienna State Opera/Vienna Philharmonic Orchestra. The vote came only 13 months after his successful audition in May 2007. Congratulations to Jeremy for his outstanding achievements and continued excellence

Sara was also hired recently to perform with Sherrie Maricle and The Diva Jazz Orchestra on their current tour of Europe.

Congratulations to Sara on these great achievements

Look Who's Coming to UNT!

The following people have indicated their intent to accept the invitation to join the UNT Trombone Studio for the fall of 2008. We extend a warm welcome to the following:

Jason Hausback, currently a DMA student at UNT, won the National Division III Bass Trombone Competition at the Eastern Trombone Workshop on March 14, 2008. He gave an outstanding performance of the Wilder Bass Trombone Sonata. The runner-up in the competition was recent graduate at UNT, Jeremy Stones, a student at the Rotterdam Conservatorium in Holland.

Jeremy Wilson Gets to Carnegie Hall

On February 28¬–March 2, 2008, Jeremy Wilson performed concerts in New York’s Carnegie Hall with the Vienna Philharmonic Orchestra. These concerts marked the culmination of a two-week tour that took the orchestra to Cologne, Paris, London, Amsterdam and New York. Jan and Vern Kagarice attended the March 2 performance with great pride and admiration for Jeremy’s accomplishments.

The trombone faculty wishes to thank Ben Polk, Noel Wallace and Victor Barranco for their outstanding work as TFs during the past few years. Their hard work and warm friendship will be missed by everyone.

On March 29, 2008, a good collection of young trombonists joined the UNT Trombone Studio for a day of clinics, master classes and trombone choir concerts. Special guest Tom Brantley, from the University of South Florida and Rhythm & Brass, presented a wonderful clinic and gave outstanding solo performances with both the UNT Trombone Choir and the award-winning U-Tubes Jazz Trombone Ensemble.

Watch for information about the 11th LBTD, which should be coming soon. 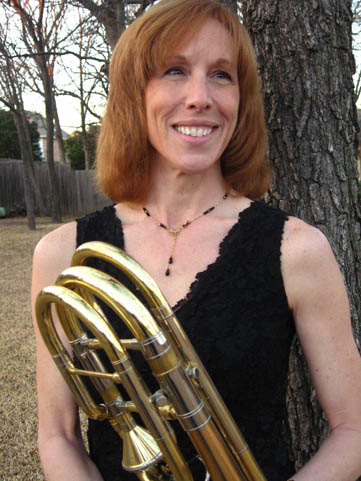 A review of the ITA Competitions web site will quickly show how well UNT trombonists fared in the 2008 competitions.

The newly organized jazz trombone ensemble, The U-Tubes, has won the Kai Winding Jazz Trombone Ensemble Competition, and will be featured at the International Trombone Festival in Salt Lake City, UT on May 28–31, 2008. Steve Wiest is the director of this outstanding ensemble.

Victor Barranco, MM trombone student of Tony Baker, has been selected as one of three finalists in the Frank Smith Solo Trombone Competition for students ages 25 and under.

Mark Scott, BM trombone student of Jan Kagarice, has been selected as the first alternate in the same Smith Competition.

Bill Haugeberg, DMA trombone student of Vern Kagarice, has been selected as the second alternate in the same Smith Competition.

Nick Wlodarczyk, BM jazz trombone student of Steve Wiest, has been selected as one of three finalists in the Carl Fontana Jazz Trombone Competition for students ages 22 and under.

Rick Blake, BM student of Vern Kagarice, was named the second alternate in the Gilberto Gagliardi Trombone Competition for tenor trombonists ages 18 and under.

Two of the three quartet finalists are groups from UNT. The Bell Street Four, consisting of Mark Scott, Sean Nelson, Bill Haugeberg and Jason Hausback, along with the Maniacal 4, consisting of Carl Lundgren, Nick Laufer, Alex Dubrov and Matt Jefferson, will compete in Salt Lake City, UT for the first prize.

Two of the three finalists in the George Roberts Bass Trombone Solo Competition for students ages 18 and under, are freshmen at UNT. John Lambert, student of Jan Kagarice, and Jeffery Oliver, student of Vern Kagarice, will compete in Salt Lake City, UT for the first prize.