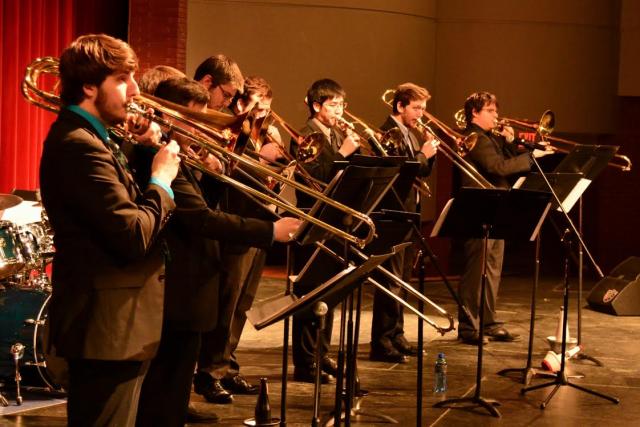 This accomplishment is due in no small part to the outstanding leadership of Julie Gray, a teaching fellow in both the trombone and jazz studies areas. She has more than ably maintained and raised the high standard that has always been a feature of this ensemble. Of course, this achievement would not have been possible without a stellar lineup of players. They are:

This is the second time the U-Tubes have won this prestigious international competition, having also won in 2008. This win took them to the University of Utah in Salt Lake City, where they made a huge splash and firmly established themselves as one of the finest jazz trombone ensembles in existence. They will undoubtedly prove that this is still true in Spain. Way to go, U-Tubes!!